We are proud to announce that company Director Sean Bissett has graduated from the University of Birmingham and is now a fully fledged member of the PGA of Great Britain & Ireland.

Sean is available for on-course lessons whilst you are here travelling with us in Scotland for some sharp tips on how to play Links Golf. For more information, contact us directly. Congratulations Sean. 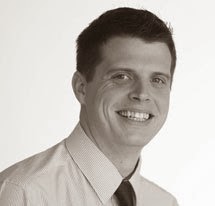 Across VisitScotland we now find ourselves in the heart of delivering our biggest ever consumer golf marketing campaign which is seeing activity being undertake across Scotland, the rest of the UK & Ireland, Europe and North America.  The campaign ‘hooks’ the promotion of golf across all of Scotland to the country’s hosting of The 2014 Ryder Cup to capitalise on the interest in this global event. A snapshot of activity is included below which is further supported through VisitScotland’s extensive events outreach programme and trade and industry engagement.

Global campaign activity
Scotland’s biggest ever golf campaign is currently ongoing and will run until August 2014. With a media spend in the UK, Ireland, US, Canada, Germany and Sweden, the campaign utilises a mix of channels including print, online, eDM’s and sales promotion. To encourage engagement and for data capture purposes, the campaign is supported by a dedicated Ryder Cup competition with partners Golfbreaks.com and Premier Golf. Headline results to date are 75,000 visits to the campaign page(s) and 45,000+ competition entries. The Official Guide to Golf in Scotland is also currently being widely distributed.

Regional campaign activity
Underpinning the global golf campaign is VisitScotland’s Local Authority funded golf media spend in Scotland and the North of England to specifically promote 6 golfing regions. The campaign runs from February - October 2014 through complimentary channels to the global campaign. Data is being gathered through region specific stay and play (including Ryder Cup tickets) competitions. In addition, VisitScotland has delivered the production of 5 printed regional golf guides, 6 regional golf digi guides and continues to operate 3 regional golf passes. Support is also being given to regional golf development groups across Scotland to assist them in the promotion of golf in their region.

PR activity
VisitScotland and EventScotland have supported more than 40 press FAM trips in the last 12 months from a variety of markets including North America, Europe, UK & I and Long Haul. It is important to recognise that the benefits of these visits extend out with the Ryder Cup focus of Gleneagles & Perthshire and deliver Scotland-wide coverage. Ryder Cup ‘one year’ and ‘six months’ to go milestones were highlighted to over 300 priority pan market media and multiple national and local press releases have been issued to ensure that golf remains to the fore.

Online & Social activity
Regular golf related updates and original content creation has been and continues to be added to both www.visitscotland.com/golf and www.rydercup2014.com, this includes a number of video elements. These videos have been uploaded to Scotland the Home of Golf YouTube channel at www.youtube.com/scotlandhomeofgolf. In addition content is being posted on facebook.com/ScotlandHomeofGolf and twitter.com/RyderCup2014 on a frequent basis. VisitScotland now also holds a repository of 40 golf related articles for on demand third party use.

To find out more about VisitScotland activity and how to take advantage of a range of golf opportunities and ideas to benefit your business, download the VisitScotland AdviceLink golf guide at www.visitscotland.org/golf-tourism.aspx

Posted by Golf Tourism Scotland at 11:08 AM No comments: 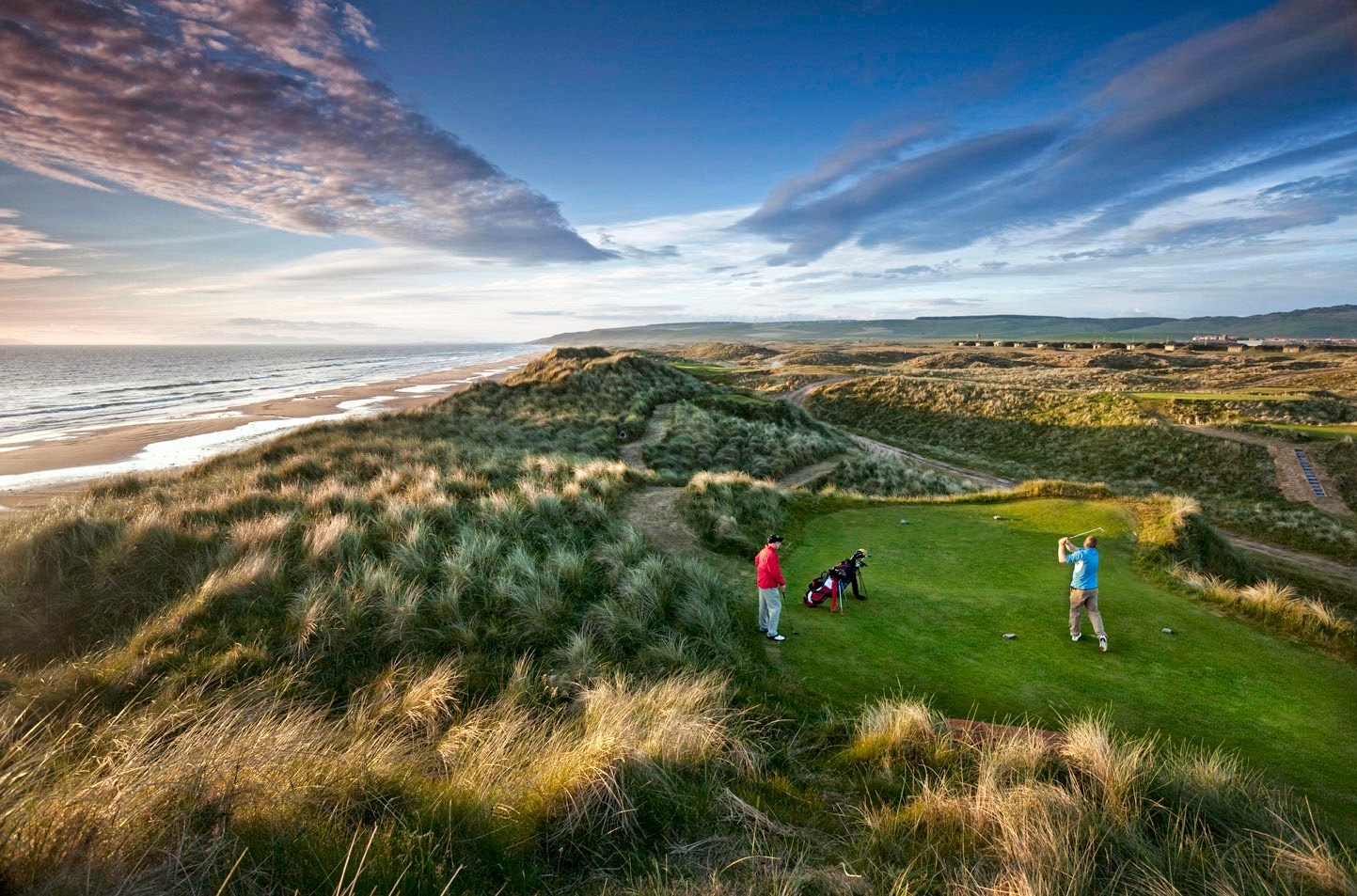 Machrihanish Dunes has been named Scotland’s #1 Resort
Experience by Golf Tourism Scotland, Bunkered Magazine readers and Golf Digest, and they’re celebrating with a year of fantastic #1 offers! Stay at the four-star Royal Hotel in Campbeltown, or The Ugadale Hotel and Cottages in Machrihanish, and play our UK Top-100 Course for just £1.

This fantastic offer is good for any time between now and 30 June.

While you're there, take advantage of everything the resort has to offer - spa treatments, exquisite dining, and so much more. Don't wait - summer rooms are going fast!

PGA EuroPro Tour back on Scotland’s east coast in April.

The Eagle Orchid Scottish Masters will return to Montrose Links this April following the successful staging of the inaugural PGA EuroPro Tour event at the historic course last September. Oliver Farr won the tournament in 2013 and went on to win the PGA EuroPro Tour’s Order of Merit, securing a Challenge Tour card for 2014 in the process. He followed in the footsteps of fellow Welshman Stuart Manley, who won the Eagle Orchid Scottish Masters 2012 at Rowallan Castle near Kilmarnock, and is now a regular on the European Tour.

The 2014 tournament is the second on the PGA EuroPro Tour schedule and will commence on April 29. The three-day, 54-hole tournament will see some of Europe’s best young golfers compete for a £10,000 winner’s prize, with the final round taking place on May 1 and filmed for a two-hour highlights programme to be aired on Sky Sports and networks around the world.

Neil Armour, Chief Executive Officer of Eagle Orchid said: “It is fantastic to be able to bring the Eagle Orchid Scottish Masters to Montrose again this year. “I was very impressed by the course, the organisation and the warm welcome offered during the event last September, and the level of golf played was exceptional.

“To see Stuart Manley playing on the European Tour this season is testament to the importance of development golf, and Oliver Farr proved our second successful winner when he gained his Challenge Tour card last season. I look forward to seeing who emerges victorious this time around.”

Montrose Golf Links Company Secretary Claire Penman commented: “We are very privileged and excited about hosting the Eagle Orchid Scottish Masters on the PGA EuroPro Tour for a second year running in April.”

Montrose Golf Links Chairman Alan Crow added: “There are many players from the Scottish region on the PGA EuroPro Tour, and this will provide them with the opportunity to shine on home soil“.

Daniel Godding, PGA EuroPro Tour Director of Operations said: “Our events in Scotland are always wonderfully supported by the public, and to have the continued backing of Eagle Orchid is invaluable. I am looking forward to another successful event with the help of Montrose Golf Links and Eagle Orchid.

“The course is one of the oldest in the world and provides a stern test of links golf to challenge the capabilities of the top young professionals who play the PGA EuroPro Tour.”

Posted by Golf Tourism Scotland at 4:42 PM No comments:

Send us your news!

Posted by Golf Tourism Scotland at 11:57 AM No comments:

The previous record of 68 for the par 72 course was first broken by Jamie Savage of Cawdor golf club with a third round 65, but with an outstanding nine under par 63 in the fourth and final round, McDonald took the record with a flawless display of nine birdies and no dropped shots.   Playing off a handicap of plus 4, Stirling University maths student McDonald took full advantage of the relatively benign conditions to produce his extraordinary round.

“Our Craighead Links course is a tough proposition, even in good conditions,” said Society Captain Eric Morris.   “Of the 72 competitors in this year’s Battle Trophy, only three finished the tournament under par, showing just how exceptional was Jack’s score.”

Last year, McDonald won the British Universities championship over Craighead Links.    “He is already a member of the UK universities’ team to play against the American universities’ team for the Palmer Cup,” said Eric Morris.  “With this performance, he must surely be in contention for a place in the Walker Cup team.”

The four round Battle Trophy was played last weekend (19/20 April), with the cream of Scottish amateur golf playing two rounds each day.   The winner, Nick MacAndrew of Royal Aberdeen, finished on a two under par total of 286.  McDonald finished two shots adrift in fourth place, having had a poor second round of 79.

The Craighead Links course was designed by American course architect Gil Hanse, who is designing the course for the 2016 Olympics in Brazil.   With a length of 6651 yards, the course has a standard scratch score of 74, two strokes higher than its par, indicating how tough it is.   Opened in 1998, it is Crail Golfing Society’s second course, the first being the Tom Morris designed Balcomie Links, which opened in 1895.   Crail Golfing Society is the seventh oldest golf club in the world.