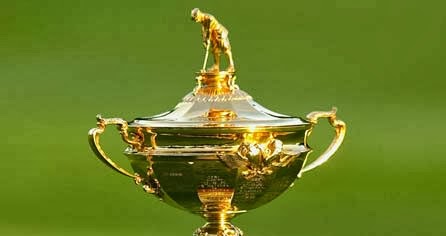 Scotland will be ensuring The Ryder Cup trophy makes a grand entrance to the PGA Merchandise Show in Orlando this Wednesday when it is “piped” into the Orange County Convention Center led by a bagpiper in full Highland regalia.

The 17-inch trophy, which will be the coveted prize for the winning team at The 2014 Ryder Cup at Gleneagles in September, will be making special appearances at the Scotland, Home of Golf stand at booth #1973 throughout the week.

And to mark the occasion it will be welcomed in true Scottish style as it makes its way to Scotland’s exhibition stand at 8am on Wednesday 22 January 2014.

It will be joined on the march by another coveted trophy to be played for in Scotland this year, the Aberdeen Asset Management Scottish Open trophy, which is currently the property of Phil Mickelson following his thrilling win at Castle Stuart last year.

The two trophies are set to provide a great draw for delegates looking to come to the stand to find out more about Scotland, the Home of Golf and they will be complemented by the presence of 16 partners from across the golfing landscape in the country where the game was born.

In addition Oliver Horovitz, author of “An American Caddie in St Andrews” will be making guest appearances on stand from 2-5pm on Wednesday and Thursday of the show as a guest of Links Golf St Andrews to share his experiences of playing and caddying in Scotland. 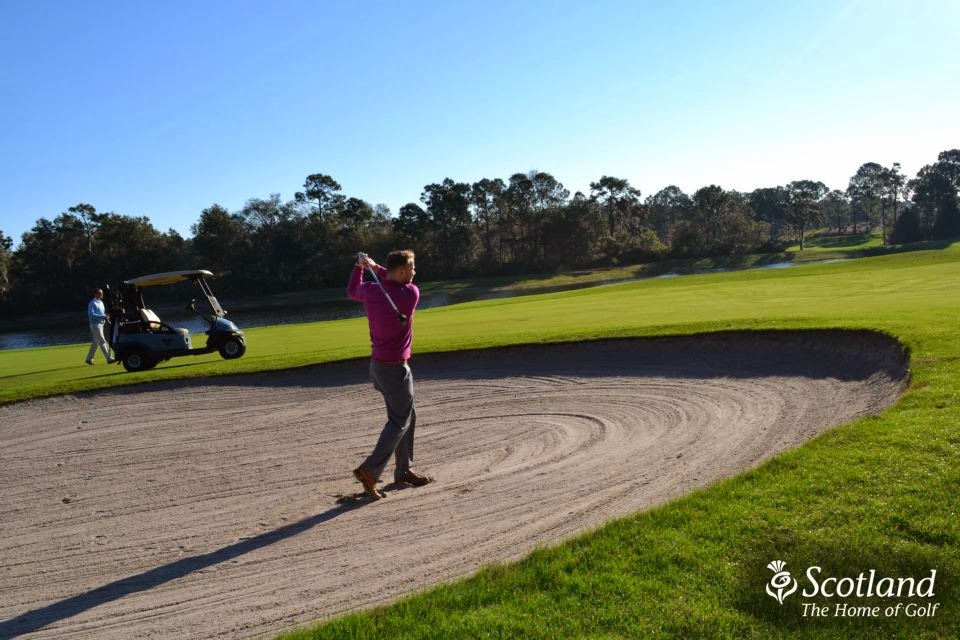 As if there wasn’t reason enough to visit the Scotland, Home of Golf stand there will also be daily whisky tasting sessions from 3pm where delegates can come and enjoy some of the legendary Scottish hospitality.

The Aberdeen Asset Management Scottish Open will also be hosting a media lunch in the media center on Wednesday 22 January to which all accredited media are invited.

As well as the presence at the PGA Show, Scotland is also celebrating the 10th anniversary of its annual Scotland Golf Day alongside the show which has been used successfully to foster relationships with key partners of the golf tourism industry in Scotland.

Kevin Keenan, board member of industry group Golf Tourism Scotland, said: “The PGA Show is undoubtedly one of the highlights of the golfing calendar and we have successfully promoted and marketed Scotland as the Home of Golf here for many years now.

“The delegates at the PGA Show are always massively enthused to find out more about golf in Scotland and we expect this year to be no different – but we hope that by having both The Ryder Cup and Aberdeen Asset Management Scottish Open trophies on the stand there will be that extra little bit of incentive to come and see us.”

Alan Grant, Golf Marketing Manager with VisitScotland, added: “There is no doubt that 2014 will be a truly special year for golf in Scotland as The Ryder Cup makes its return to the country for only the second time and the first since 1973. We are delighted to have the opportunity to display The Ryder Cup trophy on our stand and we wanted to make sure we marked the occasion appropriately with a traditional Scottish welcome.”
Posted by Golf Tourism Scotland at 6:41 PM